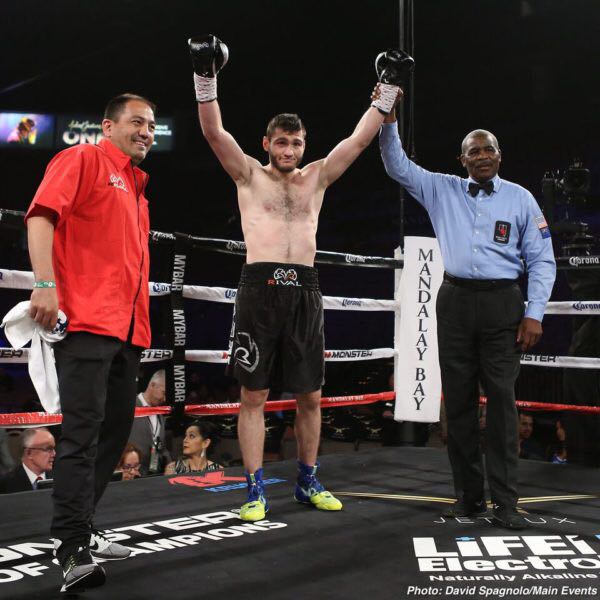 Murtazaliev earned the IBA junior middleweight belt with the victory.

Russian 154-pounder Bakhram Murtazaliev (12-0, 10 KO’s) pounded Kenneth McNeil for four rounds before finishing him off in the fifth.

Murtazaliev appeared capable of hurting McNeil throughout the fight but had difficulty landing a series of flush shots that could have brought about an early ending. That conundrum ended in the fifth when he broke through McNeil’s guard to drop him to the canvas and under a ring post.

McNeil (11-4, 8 KO’s) rose confidently and when the action resumed he continued to punch back to stave off a stoppage. But the effort was futile and after Murtazaliev reconnected with a few hard shots to McNeil’s forehead the fight was waved off with McNeil still standing.