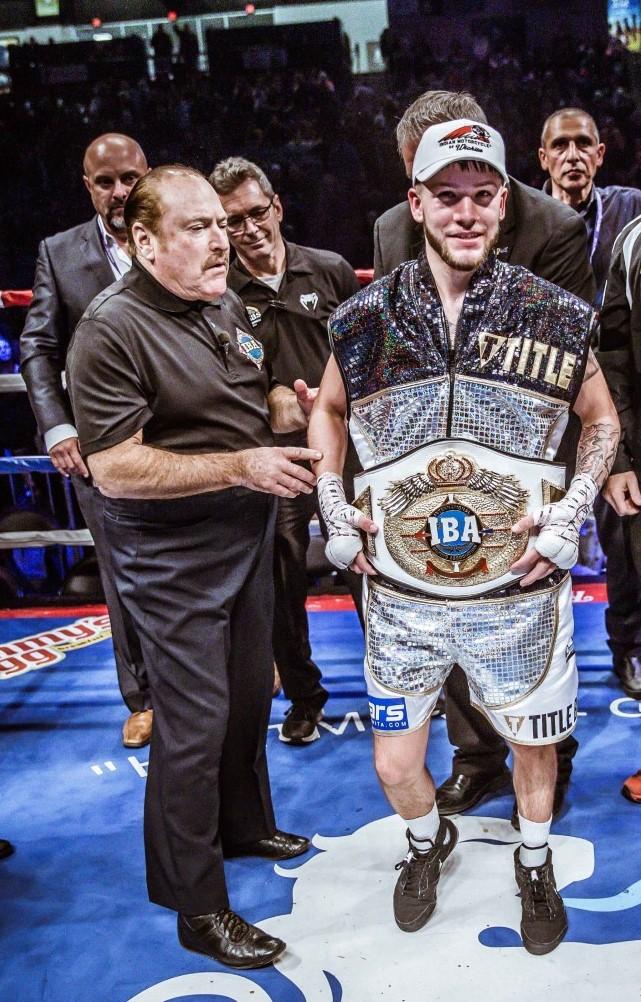 The 22-year-old Hernandez (4-0, 3 KOs) stopped last-minute replacement, game Victor “El Torito” Torres , in the fifth round. Hernandez’ original opponent, Hungarian champion Joseph Ajtai (19-9, 12 KOs), never made it to Wichita due to a series of unfortunate circumstances. Ajtai lost one day in Frankfurt, Germany, after leaving his passport on the plane he took from Budapest. Once he landed in Chicago on Wednesday, he was tied up by a visa issue at U.S. Customs. He missed his connecting flight to Wichita and because of snowstorms that grounded numerous flights, including those to Wichita, Ajtai never made it out of O’Hare Airport, stranded there for several days.

The IBA granted a special exception for Hernandez to fight Torres, due to these unforeseen problems, with the agreement that Hernandez would next fight Ajtai for an IBA title.

“It was an electric night,” promoter John Andersen said. “Once again, Nico made the proper adjustment that can be credited to his amateur pedigree. In the amateurs, opponents often change at the last moment and Nico has overcome many obstacles during his boxing career. We’re going to give Josef another title shot against Nico in April or May. They have unfinished business together!

“I was very pleased with Nico’s performance. It’s the best I’ve seen him. He was unbelievable in every way, on point throughout the fight. We also want to give Torres credit for accepting the fight on such late notice.”

Hernandez came out fast from the start, battering Torres’ body with tremendous combinations, and he never let up. Torres absorbed punishment but remained upright, but IBA referee Steve Smoger halted the action in the fifth round for Torres’ safety.

“I’m not leaving this belt,” Hernandez commented at the post fight press conference as he handled his IBA Americas belt. “It’s going everywhere with me. I was looking forward to this fight and I’m ready to continue my success. This is the first (title belt) of many. I got what I worked hard for. I want to thank my coaches, all the work paid off, and now I have this (title belt).”