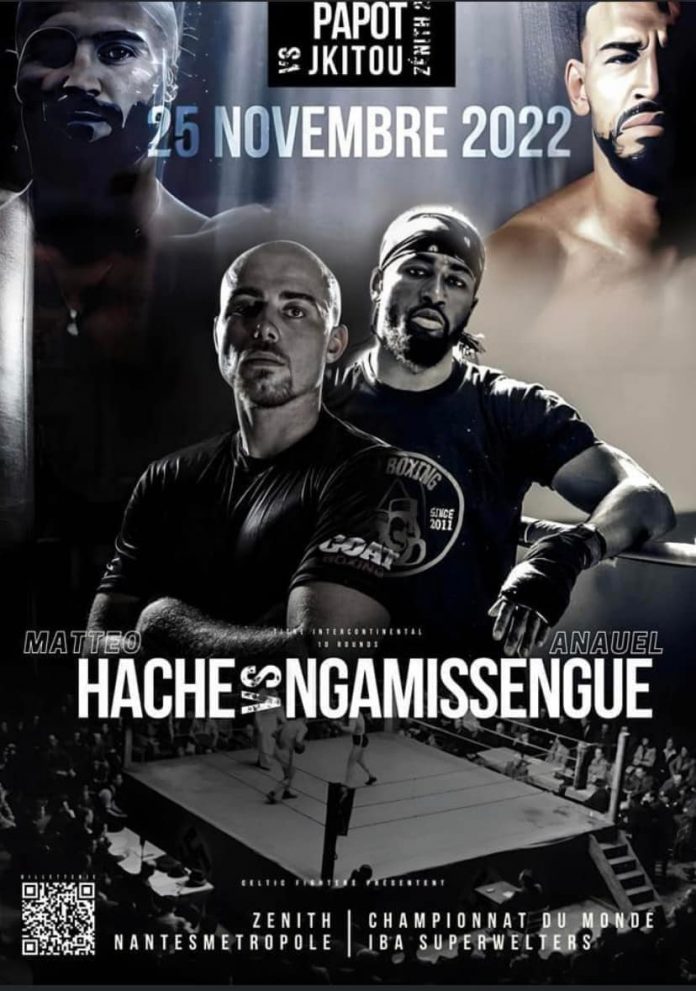 November 25 at the Zénith de Nantes 🇫🇷 two of the best European middleweights, Matteo Hache and Anauel Ngamissengue will probably face each other in ten rounds for the IBA International title !
In the Main Event of this event 🏆David Papot will defend his IBA crown 👑 vs Bilel Jkitou, coached by the legendary Freddie Roach.