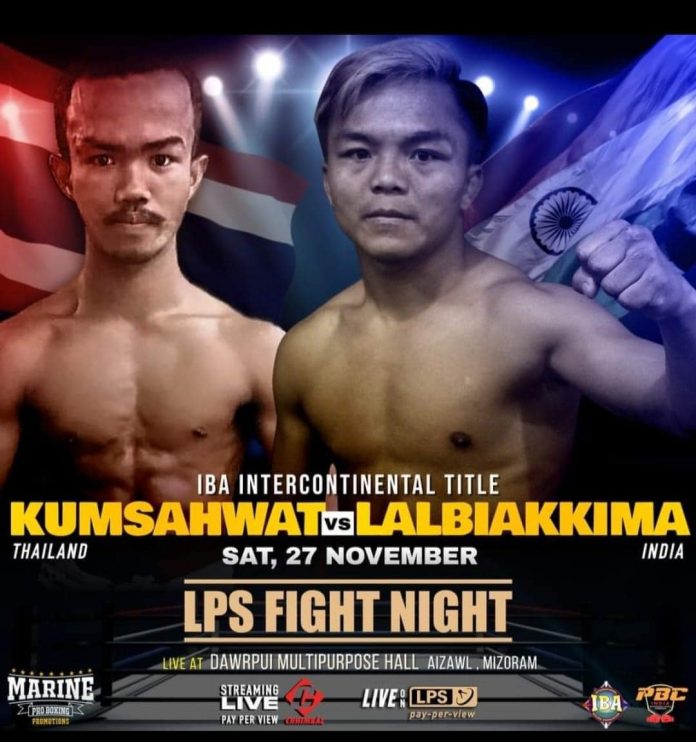 It is that time of the year when shows are getting back to full house audiences as India gets geared for its biggest boxing night of 2021, LPS FIGHT NIGHT which is promoted by LPS Promotions & Marine Pro Boxing Promotions.

The show’s biggest selling point is the popular celebrity Indian boxer who turned Pro from Amateur last year, Nutlai Lalbiakkima headlining the fight night where he defends his IBA Intercontinental Title against Thailand’s Gerttipong Kumsahwat in a 10rounds fight at Aizawl – Mizoram, India.
Promoted by Marine Pro Boxing Promotions & LPS Promotions in a joint collaboration where fighters from all across India are also featured in the undercard.

The show is sanctioned by PBC India & will be live to watch on LPS pay-per-view & on Chhimbal app as PPV.