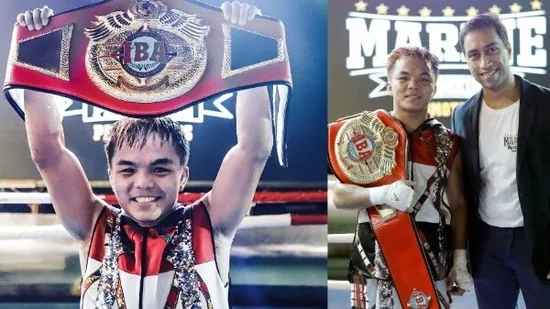 India, 3rd September 2021:The International Boxing Association – IBA made its historic entry into the Indian territory with its 1st ever IBA Title Championship at the Marine Pro Boxing Promotions fight night hosted on August 6th, 2021.

Nutlai previously made history for India during his Amateur career in 2018 when he became the 1st boxer to defeat World’s no.1 Olympic Gold Medalist Hasanboy Dusmatov in Kazakhstan at the President’s Cup. Much after that he turned Professional Boxer in 2019 & began his journey which eventually led him to sign a multi-year contract with Marine Pro Boxing Promotions.

He has become the under-rated sports athlete who continues to enjoy a growing fanbase on social media with the highest number of engagements on his Instagram account& also a popular Vlogger in the name of NT Biakkima with 2.5 Million views on his YouTube channel.

This show was hosted at a closed-door venue in Marine Centre, Mumbai which was sanctioned by PBC India – Professional Boxing Commission& title sanctioned by IBA (USA).

“Marine Pro Boxing Promotion is already creating a paradigm shift in the Indian professional boxing since its formation & have provided a platform to over 300 boxers on our shows. In fact, we took pro boxing to another level & made history by crowning India’s 1st ever IBA Champions” says the Founder and Promoter, Mr. Devraj Das.

Marine Pro Boxing Promotion is already gearing for its 20th fight night which is scheduled to take place on 25th September 2021 which will introduce more new boxing talents.