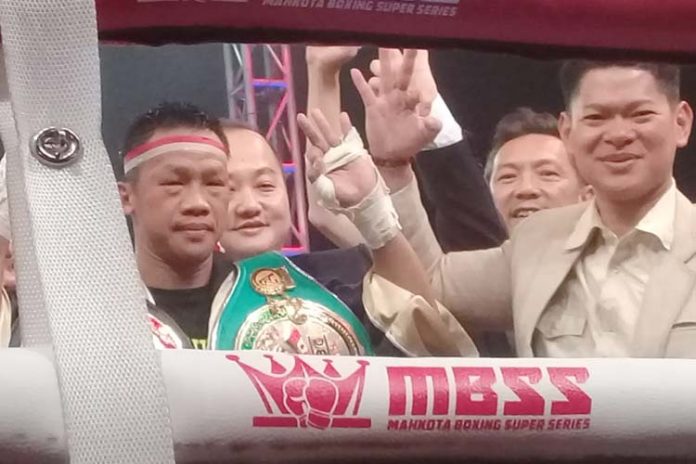 Tomorrow, Daud Jordan and Ongen Saknosiwi Received by the President

When this news was compiled, Daud Jordan was on his way from his residence in Kayong, West Kalimantan, to Jakarta. Pino Bahari also traveled from Denpasar to Jakarta. Meanwhile, Ongen Saknosiwi, Raja Sapta Oktohari, Gustiantira Alandy, and Urgyen Rinchen Sim, were in Jakarta.

An hour before David’s victory and at the same place, Indonesian Air Force Chief Ongen Saknosiwi won the IBA featherweight title through a 12-round victory over Marco Demecillo (Philippines).