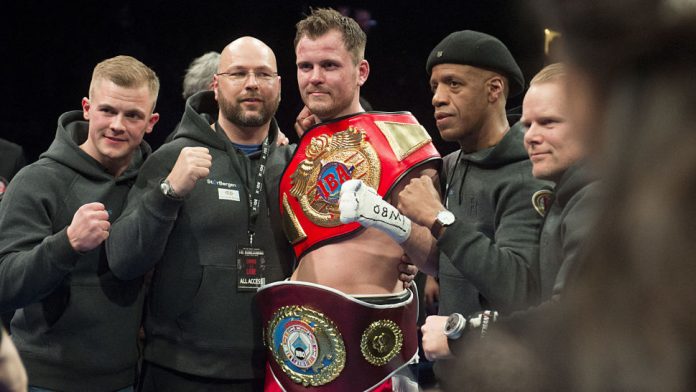 Tim-Robin Lihaug has been selected as the first challenger to the IBA’s light heavyweight title. The match can be held in Bergen – in that case, the first World Cup match for men on Norwegian soil after the ban was lifted in 2015.

In March, the sooty event won the IBA’s intercontinental title at home.

Now it is working to find an opponent, nail the date and a place to hold the convention.

– That I won the intercontinental title put me in a good position. So then it becomes more or less up to the IBA to find a good and tough opponent, the 26-year-old explains.

And they are working to get the fight to Bergen – which does not make the occasion any less for Lihaug, who is from Sotra, just outside the western village.

The 26-year-old won’t go into detail, but “expects everything to go according to plan”. When he heard that he was chosen as the first challenger, he thought that they had to get to Bergen.

If so, it will be the first World Cup match for men on Norwegian soil since the ban on professional boxing was lifted in 2015.

– I am very ready and excited for the time ahead. Finally, I’m in the position I’ve always wanted to be in.

– What does such a fight mean to you?

– It means everything. If I end up winning a World Cup title, I have thus achieved my goal for my entire career. But it’s a while to go, he recalls.

The Sotra ward hopes that he and his team have good news to come in “some weeks.” The title fight will probably be held this fall.