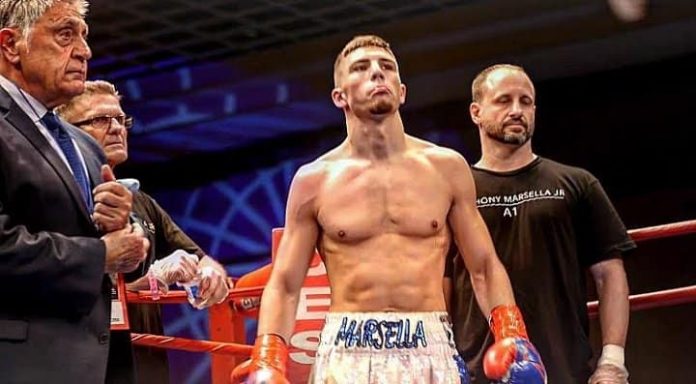 By Jason Marchetti at ringside
In the main event of the evening, Anthony Marsella, Jr. (11-0, 5 KO’s) peppered Mexican Jorge Rodriguez (10-4, 10 KO’s) into submission after three short rounds. The card was promoted by Jimmy Burchfield’s CES Boxing at Twin River Casino in Lincoln, RI.

Marsella cut off the ring, established his jab, and landed his signature quick combinations on Rodriguez who claimed he tore his bicep during the bout. Rodriguez hung tough for a few rounds but was totally outclassed and overmatched by Marsella’s pedigree. Marsella earned the vacant local IBA Americas Junior Welterweight Championship with the victory.