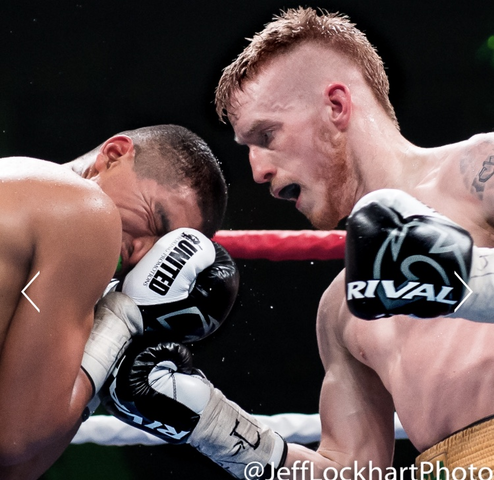 “I’m very happy with my performance, especially against such a tough opponent,” O’Reilly said. “I’m glad I got 10 rounds in and, overall, I think it was a good performance.

“Josh O’Reilly is the hottest prospect in Toronto right now and we’re looking to keep him busy,” promoter Tyler Buxton commented. His next fight will be May 12th as the co-feature with Brandon ‘Bad Boy’ Cook in the main event.

Indian middleweight prospect Sukhdeep “Chakria” Singh , a 2012 Senior National Boxing Championship and 2011 Boxing Super Cup gold medalist as an amateur, had an impressive pro debut, knocking out Alejandro Garcia (2-2, 1 KO), of Mexico, in the fourth round.

Last Saturday night’s St. Patrick’s Day event was a great success , Buxton concluded. “We had a little bit of everything: close fights, split decisions, majority draws, upsets, and knockouts. And Josh O’Reilly won a one-sided fight versus a very tough Mexican opponent, Juan Bedolla Orozco, who made Josh work. Overall, it was a great event.”